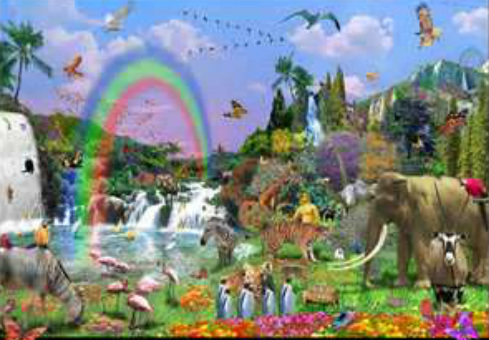 Ears that Hear – Eyes that See.  How do you get out what is in you?  Especially when it is so very difficult to break down into words and syllables and letters?  How do you tell someone what is in “your deepest heart?"  And therein lies the problem…and the problem has been around since the Garden of Eden it seems.  Call it the curse of Eden.

Communication with his creator has been cut off and sword wielding cherubims have been place at The Garden Gate.

For an answer to my problem, I must restate the question…”Am I my brother’s keeper?”  Until I am able to answer this ageless haunting question, I am destined to remain alone, to remain outside the Garden – forever cut off from communication.

It is never a good idea to say never or always.  But I always find myself overwhelmed at the simplicity of the most profound truths.  What really happened there at Eden?  Did an angry God punish Cain for his terrible crime, the ultimate sin of murdering his own brother?  Or did a just and loving creator simply allow Cain to suffer the consequences of his own mistakes…his own behavior choices?

How I answer this determines my life’s philosophy.  How I answer this is a precursor for all my thoughts and behaviors.  It is not Cain who stands alone outside the Garden, but it is Me.  And it is You.

Two hours have past since I began this writing – What have I learned?

It is much easier to blame an angry God, or my wife or husband or boss or child or brother or sister (or the many others out there) who are “out to get me” than it is to accept my own accountability; but there is a price to pay for that choice:  I must go through life alone, I must remain outside the Garden feeling used and abused…shouting to the empty skies, “Am I my brother’s keeper!”

Yes Cain, you are…but first you must be your own keeper.


Ears that hear and eyes that see…Gary F. Hartman, Ed.D.

Send us your reflection on this writing.