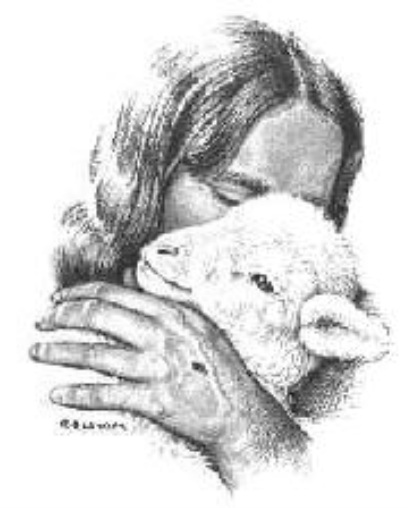 I Know The Shepherd...author unknown

There was once a Shakespearean actor who was known everywhere for his one-man shows of readings and recitations from the classics. He would always end his performance with a dramatic reading of the 23rd Psalm.

Each night, without exception, as the actor began his recitation:

“The Lord is my Shepherd, I shall not want"…

The crowd would  listen attentively.  And then, at the conclusion of the reading, they would rise in thunderous applause in appreciation of the actor's incredible ability to bring the 23rd Psalm to life.

But one night, just before the actor was to offer his customary recital of Psalms 23, a young man from the audience spoke up.  "Sir, do you mind if I recite Psalms 23 tonight?"

The actor was quite taken back by this unusual request, but he allowed the young man to come forward and stand front and center on the stage to recite the Psalm, knowing that the ability of this unskilled youth would be no match for his own talent.

With a soft voice, the young man began to recite the words of the Psalm. When he was finished, there was no applause.  There was no standing ovation as on other nights. All that could be heard was the sound of weeping. The audience had been so moved by the young man's recitation that every eye was full of tears.

Amazed by what he had heard, the actor said to the youth,  "I don't understand. I have been performing Psalms 23 for years.  I have a lifetime of experience and training – but I have never been able to move an audience as you have tonight. Tell me, what is your secret?"

The young man quietly replied, "Well sir, you know the Psalm... I know the Shepherd."